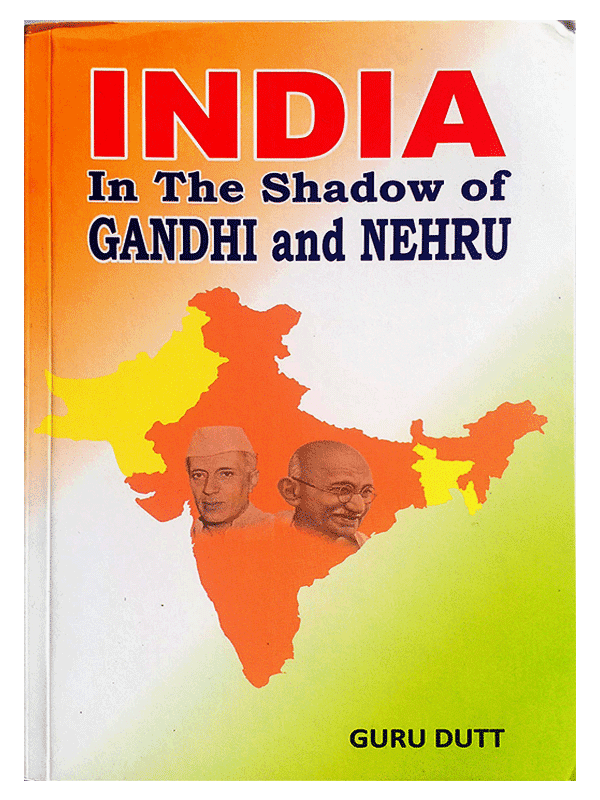 India In The Shadow of GANDHI and NEHRU

Keywords : India In The Shadow of GANDHI and NEHRU

Looking back, there is to my credit the book titled Jawaharlal Nehru- A Study, written by me and published in the year 1966. Nothing stirring was seen happening following it. But in 1967 certain newspapers flashed the news that steps were being taken to proscribe the book and prosecute its author by the Government of India on a charge of promoting enmity and hatred between different communities of India. Some time later, a police officer to enquire about certain facts regarding the book and the author. He said to me (the author) that probably the Government was. contemplating prosecuting its author under Sec. 153-A of the Indian Penal Code. came This section of the I.P.C. reads : Who ever

(a) by words, either spoken or written, or by sign or by visible representation or otherwise, promotes or attempts to promote, on grounds of religion, race, language, caste or community, or any other ground whatsoever, feelings of enmity or hatred between different religions, racial or language groups or castes or communities, or

(6) commits any act which is prejudicial to the maintenance of harmony between different religions, racial or language groups or castes or communities and which disturbs or is likely to disturb the public tranquility,

shall be punished with imprisonment which may extend to three years or fine or both.

I did not offend any provision of the law. There was no intention on my part to promote feelings of hatred or enmity between different communities or religious or language groups, and nothing actually happened which suggested even remotely that the book provided the ground for anything of the sort.

> The object of the book was to provide comment on certain professions and practices of Jawaharlal Nehru. If any reference to any group or community was made in that connection, it was to show that Nehru's words and actions reflected favouritism towards that community, which meant gross injustice and heart-burning to the other communities. It was criticism of certain acts of commission and omission of Nehru and not of any community. Little wonder, then, that the reported moves of proscription of the book or prosecution of the author did never materialise !

The present book is a study of the words and the deeds of Nehru and Gandhiji. Even today, it is found that, with names of these two eminent persons still on their lips, the Congress and the Government leaders are leading the coun. try to disaster. For instance, even today the case of national language for our country and national education of our children is in confusion-in the name of Nebru. There are people in the country who believe that there would have been no independence without them, and that, conversely, had there been independence without them, the country would have gone to dogs.

It is for the edification of such simple-minded countrymen of ours, as well as to expose the self-seekers who take shelter under the names of Gandhiji and Jawaharlal Nehru, that the present book is written. It is intended to throw light on the disastrous consequences of the Shadows of Gandhi and Nehru cast upon the life of independence and peace of the country.