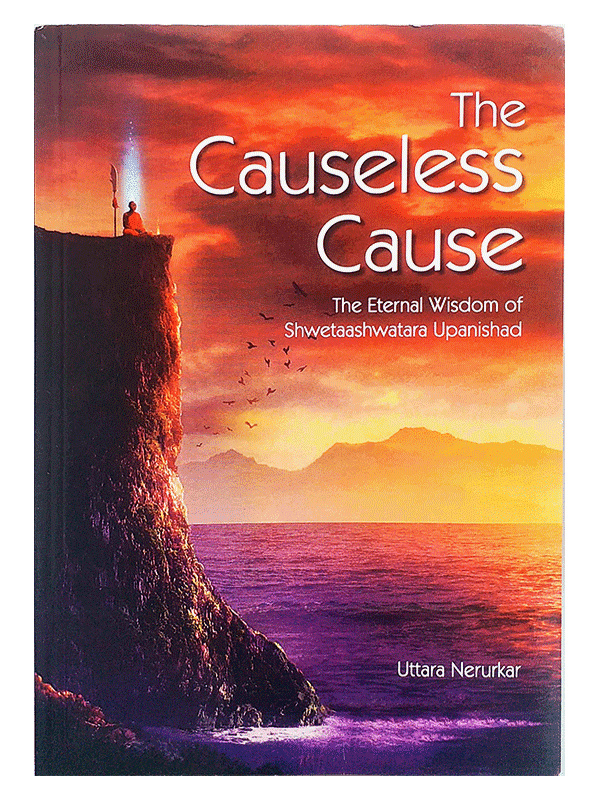 Keywords : The Causeless Cause

a This book presumes no prior knowledge whatsoever from the reader of the Vedas, the Upanishads, or, Indian spiritual tenets, in general. In fact, it has originated from the class notes recorded for the students of just such a class taken in 2014 on the little known Shwetaashwatara Upanishad.

It has been written for people who are curious about ancient Indian texts such as the Upanishads but are not familiar with Indian Philosophy in general, and who are therefore unable to understand some aspects of these texts which are critical, but whose explanations are not lucid enough for the first-time reader.

Thus, the explanation of the verses has been reinforced with full explanations of generic concepts of Indian Philosophy, wherever it has been found necessary. At no point will the reader be left wondering what a particular word or statement means. The subject matter itself being very deep, the language has been kept as simple as possible.

I do hope that it will be of help for those who, like me in my previous avatar of a software professional, have little idea of the intricacies of ancient Indian thought and find it difficult to navigate in this unknown territory. I have tried to keep it brief, a