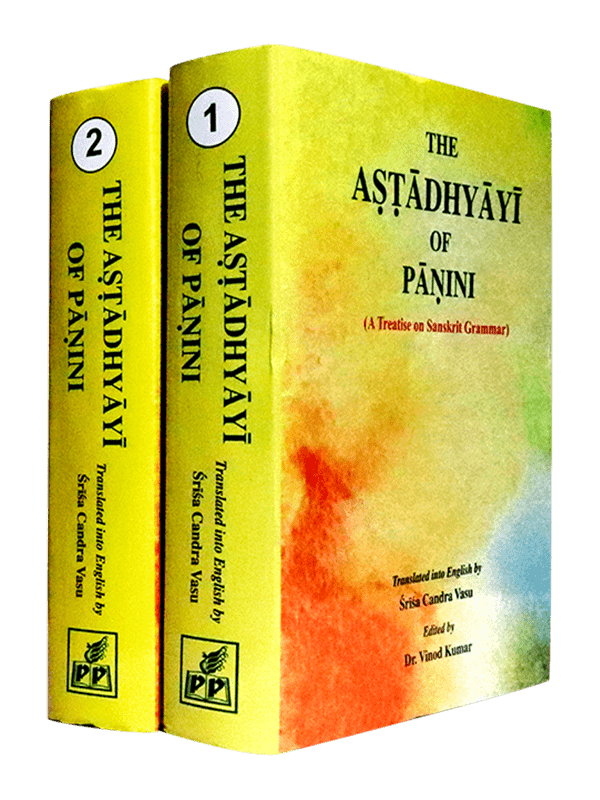 The Ashtadhyayi of Panini

Astadhayayi is a Sanskrit treatise on grammar written in the 6th to 5th century B.C. by the Indian grammarian Panini. This work set the linguistic standards for Classical Sanskrit. It sums up in 4,000 sutras the science of phonetics and grammar that had evolved in the Vedic religion. Panini divided his work into eight chapters. Beyond defining the morphology and syntax of Sanskrit language, the Astadhyayi distinguishes between usage in the spoken language and usage that is proper to the language of the sacred texts.

The Astadhyayi is generative as well as descriptive. With its complex use of metarules, transformations & recursions, the grammar in Astadhyayi has been likened to the Turing machine, an idealized mathematical model that reduces the logical structure of any computing device to its essentials.

The present edition is the first re-composed, enlarged edition of the Astadhyayi with usage of modern Sanskrit diacritical notations and correct rendering of Sanskrit text along with celebrated English translation of Srisa Candra Vasu. The editor of the present book has done a great labor to correct the text and translation at various places in the book.