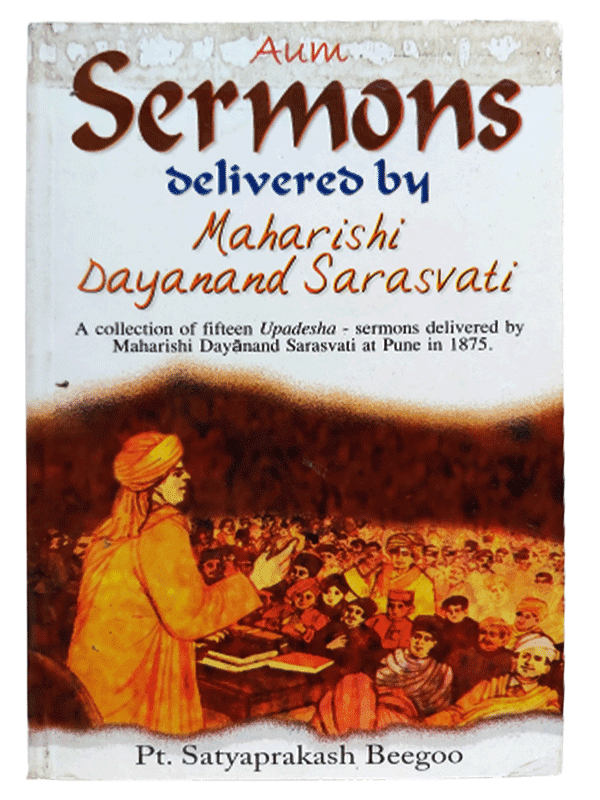 This book is English translation of puna pravacvhan another known as Updesh Manjari. A collection of fifteen upadesha – sermons deliverd by Maharishi Dayanand Sarasvati at Pune in 1875.

Swamiji gave fifty sermons in pune but only fifteen of them were noted down, translated and published first in Marathi.

These Upadeshas provide plenty of information about Vedic Dharma and Philosophy. Swamiji has also talked lengthily on the glorious history of aryavartta and the Aryas. The historical fact revealed by him are now being confirmed by the modern research scholars. The myth that the Aryans came from abroad, defeated the aborigines and conquered their land no longer stands.

Many topics which have not even been touched in the books like Satyartha Prakash and the Rigvedadi Bhashya Bhumika have found place in Pune sermons.