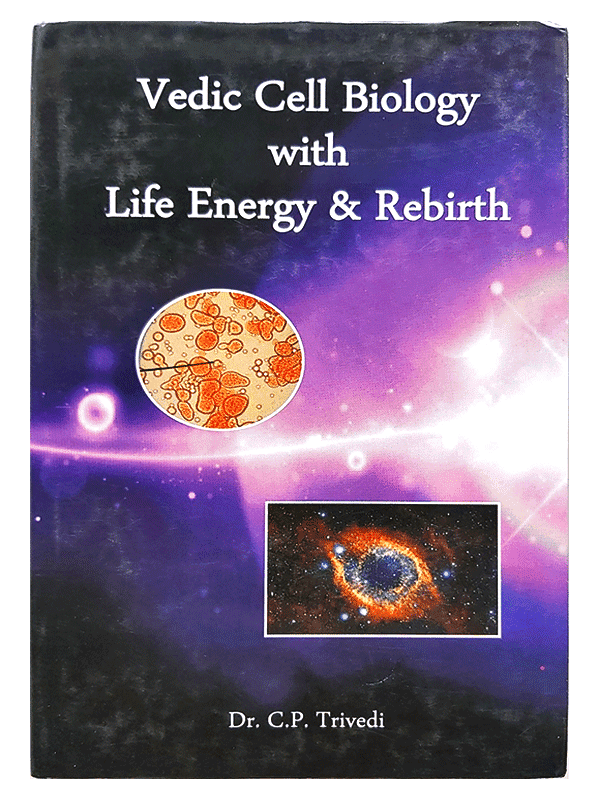 The Vedas are the oldest literary record of the human civilization on the earth, as such they represent common heritage of the human society. The same has been explored by Dr. C.P. trivedi in his book vedic cell biology with life Energy and Rebirth. Dr. Trivedi has interpreted the vedic hymns in a chronological order with depth of vedic knowledge of morden science. It may give new light to the scientist, for them it gives a new hypothesis on life energy, which was known to the ancient vedic scientists long ago. The whole play of life on the earth is due to the assimilated carbon, it has been explored under the wedding of Aryman. The living organisms at cellular level exhibits the same functions, it has been discussed under the race of Rbhus.

Dr. trivedi has given in his interpretation of vedic hymns. The theory of chemical evolution of life on the earth as suggested by A.I. Oparin in 1992, which is the testimony that beyond this the scientists have not traced the theory about the life energy and rebirth. The discovery of DNA by Watson and crick in 1955 has opened the door of Biotechnology all over the world but they are silent on Rebirth. The Vedic knowledge of DNA can open new fields of Research in this direction, as Dr. Trivedi has also discussed the theory of rebirth with reference to the Vedic knowledge.

The work of Dr. Trivedi reveals the fact that once in the history, Vedic culture flourished on the earth without it such work having global importance is not possible that through meditation in the state of trance, such knowledge can be explored