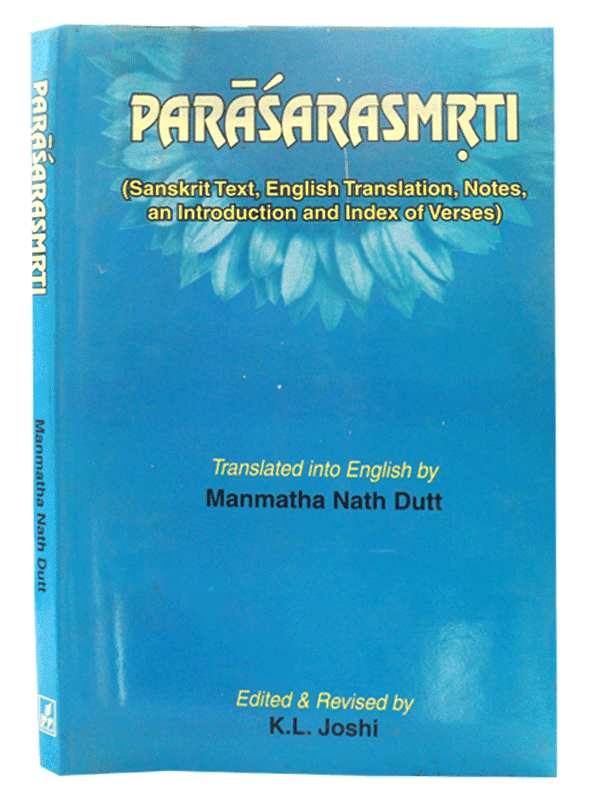 The Scriptural writings of the Hindus are divided, mainly, into two classes Sryti (or what is heard) and Smrti (or what is remembered). According to the belief of the Hindus, Smrti also is of divine origin; the difference between it and the Veda consists in the fact that in the Hindu System of Law the sense is recorded either in the divine words or other equivalent expressions.

Under the series of Smrtis (or Code of law) collectively known as Dharma-sastra, Parasara Smrti or Parasasa Dharma-sastra occupies an unique place. This (code) is holy, auspicious, life-prolonging, and heaven awarding. It imparts fame, knowledge, opulence and good fortune.

The first three chapters belong to the Acara portion of the smrti in which the hermit describes about the rules of conduct, duties of Brahmana and other castes, definition of a true Atithi (guest).

Chapters 4 to 12 are devoted to the Prayascitta portion of the smrti in which there is brief description about various penances such as penance for mixing with low castes, peanance for being bitten by various animals and insects, penance for killing birds and beasts, expiation of murder and other sins and purifications such as purification of vessels and utensils and finally about various penitential rites.